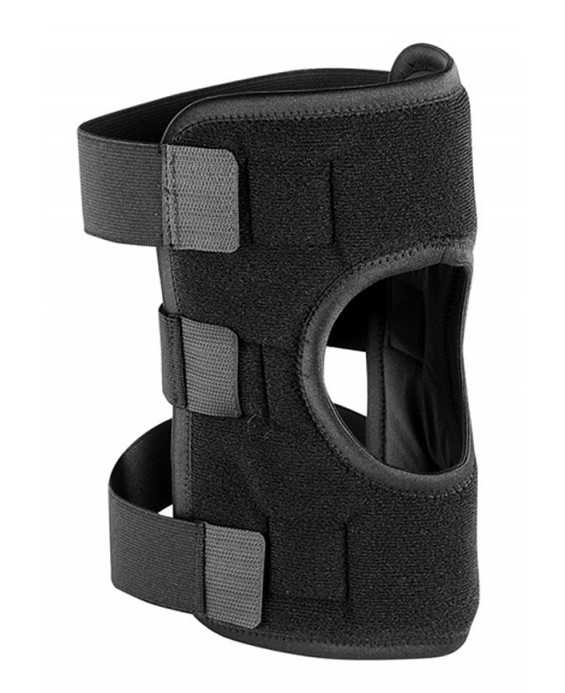 Indicated for knee pain, problems caused by the menisci, the Crusaders, etc. In advance you can wear it only in at night. Made of poly ceramic at the ultra far infrared and 6 permanent neodymium magnets covered in gold from 1500 Gauss. Dimensions 22x33 cm.

Magnetotherapy: Stop to the Knee Pain!

It is useful in knee pain band due to: trauma or operations or joint pain.

In knee pain caused by arthritis or osteoarthritis, or trauma interventions, the band is placed on the area, with the gray fabric towards the skin and remains until the pain has ceased, in many cases can be worn at night time. Application time can vary from a few hours to several days.

In subjects with seasonal, periodic or frequent It is useful in knee pain due to: trauma or operations or joint pain.

In knee pain caused by arthritis or osteoarthritis, or trauma interventions, the band is placed on the area, with the gray skin and remains until the noise has ceased, in many cases can only keep astare the night, time application can vary from a few hours to several days.

In subjects with seasonal, periodic or frequent pain, can be used as a preventive measure to avoid the onset of pain.

The magnetic field with permanent magnets, has historical origins away. In China it was used for many years before the birth of Jesus Christ. References in this regard are found in the works of Plato, Aristotle and Homer. Many experts and scientists in various Eastern and Western countries, have designed and conducted experiments on biomagnetism, but only after 1940, the worldwide search has begun the science phase on magnetic therapy that has produced texts that systematically validate the beneficial effects on plants, animals and humans.

The effects of magnetic therapy are not magical or miraculous but are well anchored to the science of the human body because the cells are small natural magnet with a north pole and a south pole, and how these are influenced, for better or for worse, by magnetic fields external, natural or artificial. Furthermore, all functions are ruled by magnetic and electrical impulses, without which no man could live.

The electrocardiogram in fact is nothing other than the biomagnetism of the heart, such as the electro-encephalogram it is of the brain. It is not difficult, then, to understand why the external magnetic fields can affect the work of the cells to correct organic imbalances. The French doctor Jean-Pierre Floril while controlling hospitalized patients in the sanatorium of Grenoble, he noticed that their most serious disturbances always coincided with important changes in the Earth's geomagnetism.