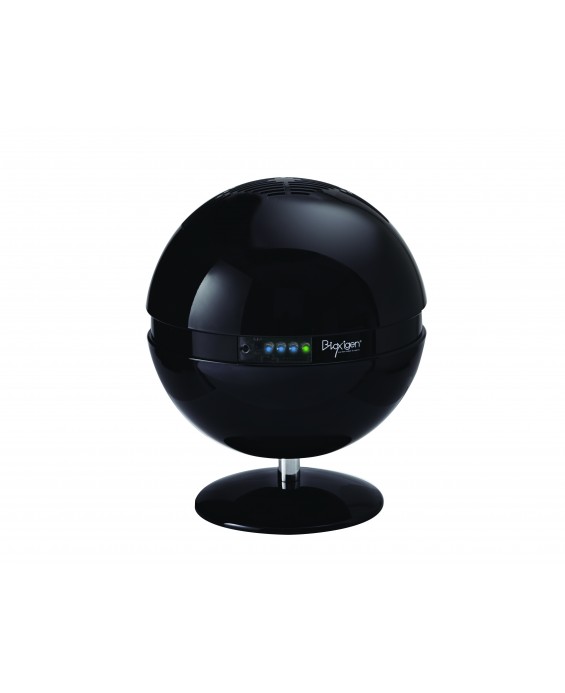 The SFERA Model Air Ionizers are ideal for environments from 80 to 100 M³.

Alternatively you can place multiple devices.

Bioxigen technology present in all devices, is tested against the COVID-19-19

Advantages by purchasing this product:

Bioxigen technology, used in bioxigen sphere air ionizer, exploits the principle of ionization, then the production of positive and negative oxygen ions, which has the fundamental characteristic of reducing the bacterial charge in air and on surfaces.

The product can be used continuously 7/7 h24, even in the presence of people.

Bioxigen technology allows the generation in air of a flow of negative oxygen ions that have a proven microbicide effect.

Oxygen ions are conveyed by air and come into contact with both the particulate matter in the air and the ambient surfaces where the ionized air is in contact. This determines a microbicidal effect throughout the environment where the ions are generated and I also allow the sanitization of surfaces.

The continuous action of oxygen ions in the air also allows the reduction of suspended dust due to the "clustering" of the same. This results in an improvement in indoor air quality.

The system can be used continuously, even in the presence of people because the ionization of air is a natural phenomenon that occurs continuously in the air by solar radiation incident on oxygen molecules.

Bioxigen air ionizers are also used in the prevention and treatment of diseases such as:

The antibacterial effect of air ionizers is crucial for those suffering from asthma or allergies, depriving the air of organic substances. Essential for babies, children and elderly people.

Environmental sanitization by means of air ionizers, also allows an 85% reduction of odours, reduces mites and germs present on mattresses and linen and reduces the problems of mold.

Bioxigen technology present in all devices, is tested against the COVID-19